The Votes Are In

With the Oscars just around the corner this weekend, the votes have been compiled and Bambara's bartenders are going out on a limb to predict "The Wolf of Wall Street" as Best Picture. To have a little fun with the buzz surrounding the 2014 Academy Awards, Bambara created original specialty drinks, each designed for an Oscar "Best Picture" nominee and crafted by the expert bartenders in Bambara's popular gathering hotspot, "The Vault." From the big nomination announcement until March 2 when the awards are bestowed, every vote (order) was tallied and the results are in. 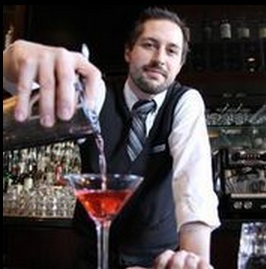 “The Wolf of Wall Street" has been in the lead from the beginning and far outpaced all the others,” said Bambara’s expert bartender, Austin Craig. “This year, I was inspired by the nominated films' main characters and their quirks, personalities and the issues that drive them. I think it was the Leonardo DiCaprio factor' that swayed the votes," he laughed.