The following story will run in The New York Times Travel Section on Sunday, June 6, 2010: 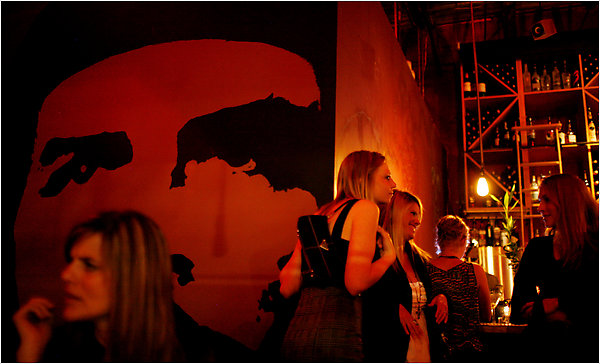 The martini bar at the Red Door. Photo by Ramin Rahimian for The New York Times

"THERE'S a new party in Salt Lake City. Utah liquor laws were normalized last year for the first time since 1935, allowing patrons simply to walk into a bar and order a drink, as if they were in any other city. Add to that a budding film scene (a spillover effect from the nearby Sundance Film Festival), a fresh crop of indie galleries and boutiques, and an open-door stance toward refugees and immigrants, which has made the city more cosmopolitan. The city even passed an anti-discrimination law last year that protects lesbian, gay, bisexual and transgender residents - and with backing from the Mormon Church."