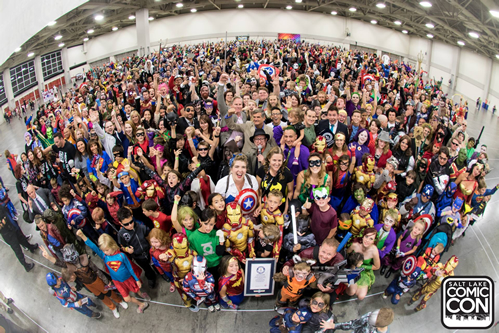 The previous Guinness World Records' record for the largest gathering of people dressed as comic book characters involved 1,530 participants and was achieved at the opening ceremony of the International Animation CCJOY LAND in Changzhou City, Jiangsu Province, China, on 29 April 2011.

Guinness World Records also recognized the world record for the largest gathering of people dressed as cartoon characters; it was achieved by 905 participants dressed as characters from the Flintstones in an event organised by Muckno Mania Festival (Ireland), in Co Monaghan, Ireland, on 16 July 2010.